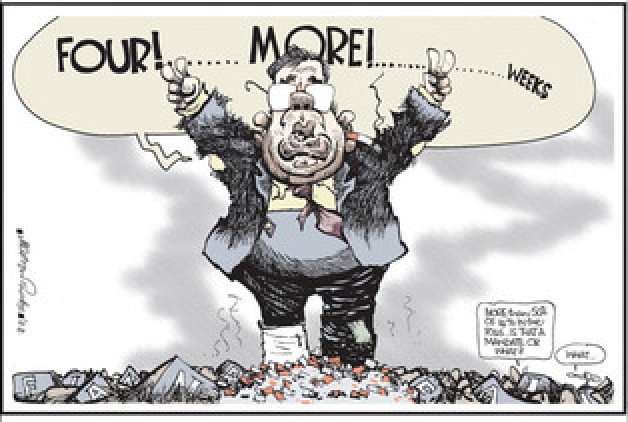 In fairness, the fact that this man pictured is still leading the Irish state is further evidence that not only is he incompetent, but his whole party is a pile of chicken-shit morons who are afraid to face up to the reality of the mess that he has mass-orchestrated. Fair play to those who stood up against him and owning up to the mess participated in. It is not a question of what is best for ‘the party’ anymore, but what is best for the country, and the more I hear mentions of ‘the party’ and its priorities the more I spit on their graves before anyone has even been laid in them.

What I find worse is that no one is standing outside Dail Eirreann banging at the gates demanding an election (did we not read the news about Tunisia lately?), we still sit around waiting for our elected officials to do their jobs-they can’t do this because Fianna Fail can’t accept their own disastrous reign, and are enjoying dragging the rest of the country down with them.

One thought on “And the shambles continues shambling…”