If you are reading this from another country many things will amaze you, as Korea can be a visually amazing place. In Yeongtong-dong there are a lot of visually amazing sights, but as I have lived here for some time they have lost their wonder and they are only what surround me on a daily basis. They are normal. I like it this way.

Suburban living is a universal phenomenon. It involves quiet neighbourhoods, plenty of shops and restaurants nearby, good schools, parks, and usually good access to a frustratingly long journey into the city which is quite nearby. Yeongtong-dong ticks all these boxes. I did not include public transport as not every country is endowed with quality public transport. However, Yeongtong-dong is lucky in this regard. 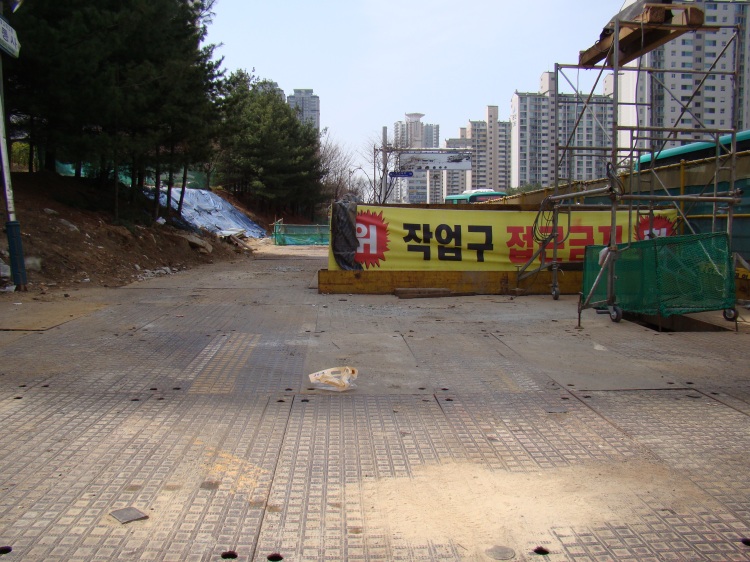 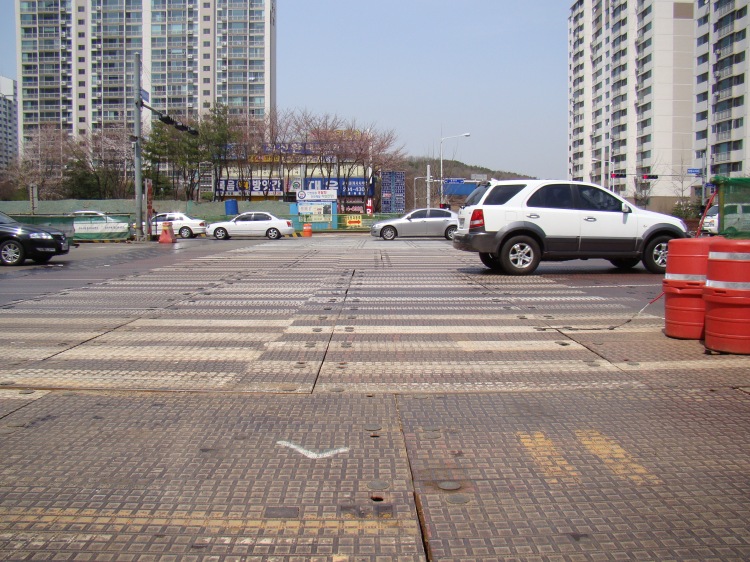 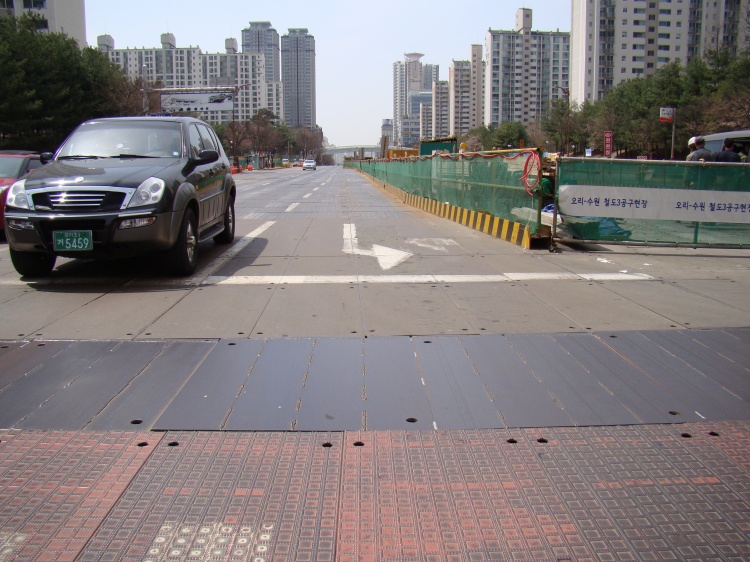 Currently a new subway line which will connect Yeongtong-dong with both Suwon city centre and Seoul is being built, and the construction works are dominating the central avenue through the neighbourhood. From my own personal perspective, the fact that a subway station will be built right outside the entrance of my apartment complex is an exciting prospect for when our lease comes up for renewal.

If I were to use one word to describe Yeongtong-dong it would be ‘perpendicular’. The neighbourhood is dominated by high, narrow looking apartment buildings that line a long and wide avenue which traffic constantly streams through. The uniformity of these apartments is broken when you approach the centre where businesses take over and add their own brand of high-rise diversity to the skyline. From a height you can see something that reminds me of the limbo dream scene from the film Inception, but maybe that is just my own warped imagination. I’ve never heard anyone else reason like this.

When I arrived in Korea in 2005 I lived in one of these large apartment buildings in the north-east of Seoul in an area called Sinnae-dong. But being young and never having lived in such a large city, and also feeling quite alienated from the society, I really couldn’t imagine how anyone could choose to live in a home like this. I imagined them like ant hills where people just lived and worked and had nothing to fulfil them in their lives. The more I looked at these homes the more I felt that this was not the way that people should be living. I could only compare this lifestyle with my own in Ireland where I had lived in a house with a garden and a green outside where I spent the long summer evenings. This kind of living was the opposite of what I had grown up to appreciate.

Now after living in Korea for almost six years, and actually living in one of these apartments as a rent payer and as a person who has done their fair share of unsuccessful apartment hunts in the capital and in Suwon, I can confidently assert that living in an apartment building is the best option. Our apartment provides amazing sunlight, and when we open the windows there is a nice breeze (or a gale as the case may be) which is wonderful during the summer. In the winter it is warm and cosy. The property is clean, it is safe, and despite what you may think, it is very private, and most importantly it’s nice place to live despite any post-modern woe. While it may be expensive and very far removed from the Bohemian existence I have always imagined myself revelling in, especially around Itaewon, this home is by far the best option. And if you need further convincing, perhaps you need to really consider the view in the evening. 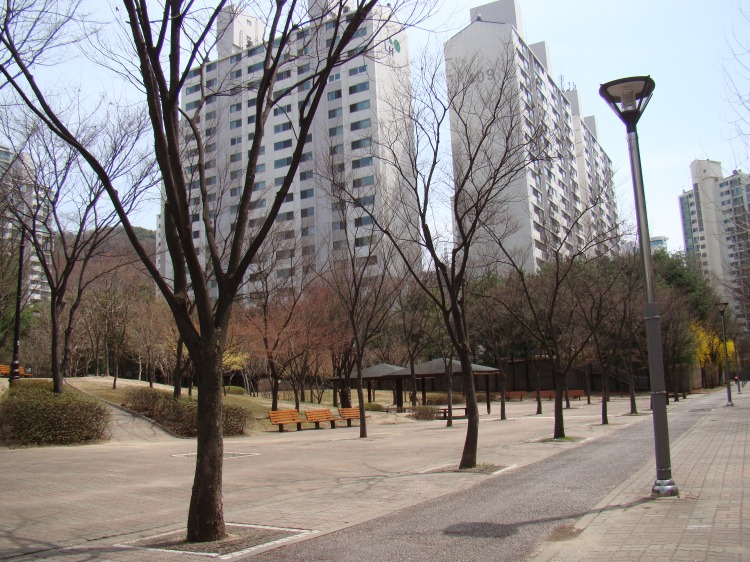 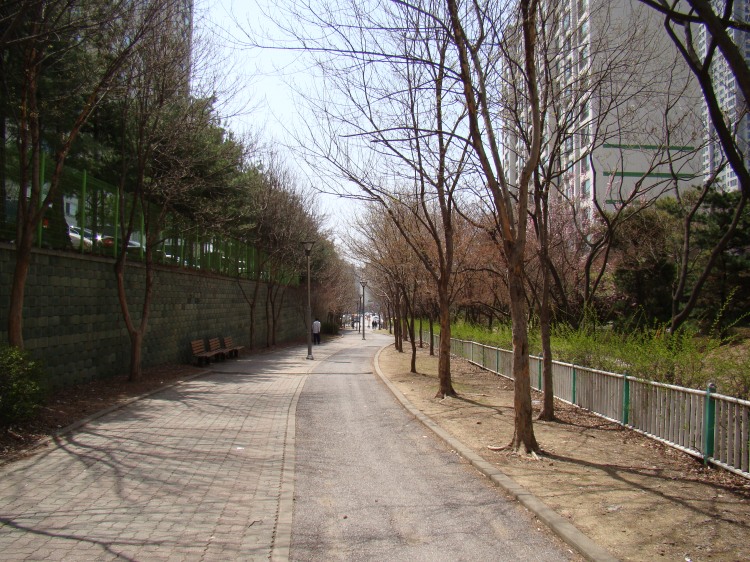 Like any suburb, the centre of Yeongtong-dong is packed with small but convenient shops and restaurants of varying quality. Yeongtong has its fair share of meat restaurants and social venues for over stressed business men, many of which I pass by on the walk to work every morning. Thanks to all the students who like to study in loud places, and bored housewives who are left to mind the children while the husbands are ‘busy’, there are many coffee shops which are often busy throughout the day. Needless to say there are also other things like a couple of big supermarkets/department stores, and a large enough population to encourage people to open their own independent store specialising in something or another, as well as the usual array of franchised restaurants. 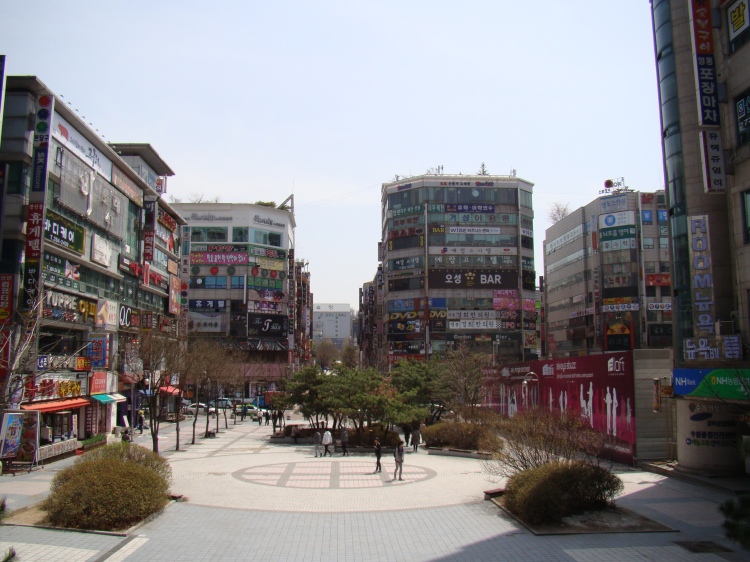 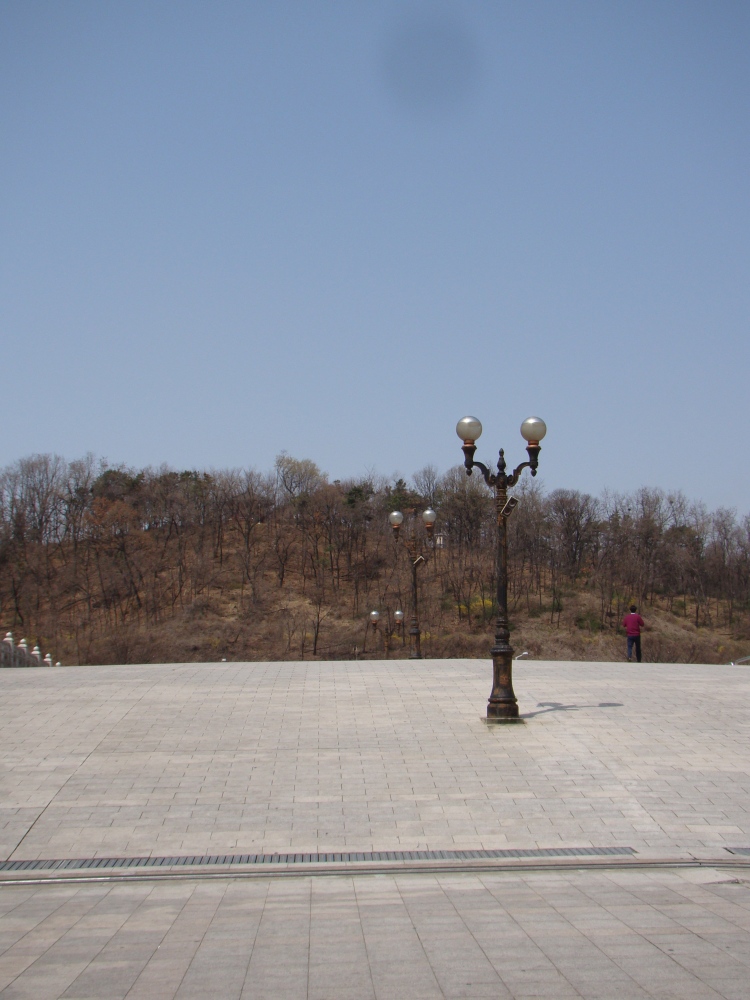 As I walked around last Sunday taking the pictures that are accompanying this post, I couldn’t help but notice how many young teenaged children were walking around with their heads hung low and with backpacks on their back. This is another factor of many suburbs, but especially in Korea. Education here is incredibly competitive, and if there is one kind of business that competes with coffee shops for sheer number, it has to be private educational institutes. 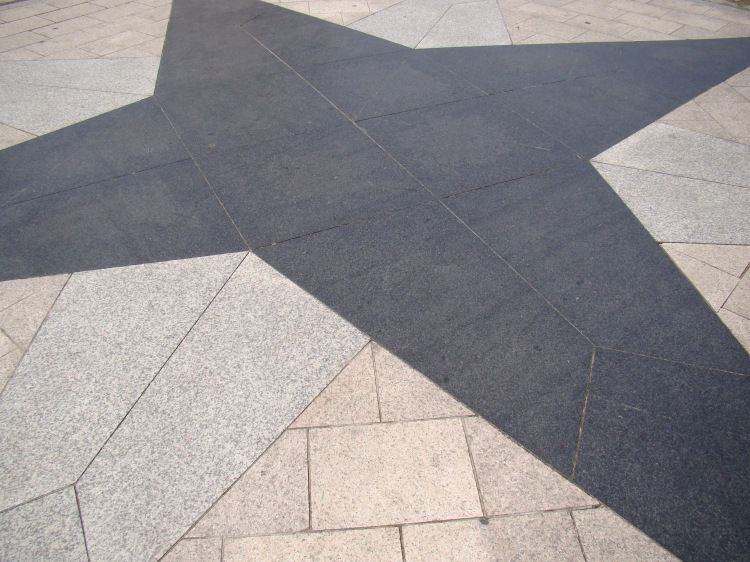 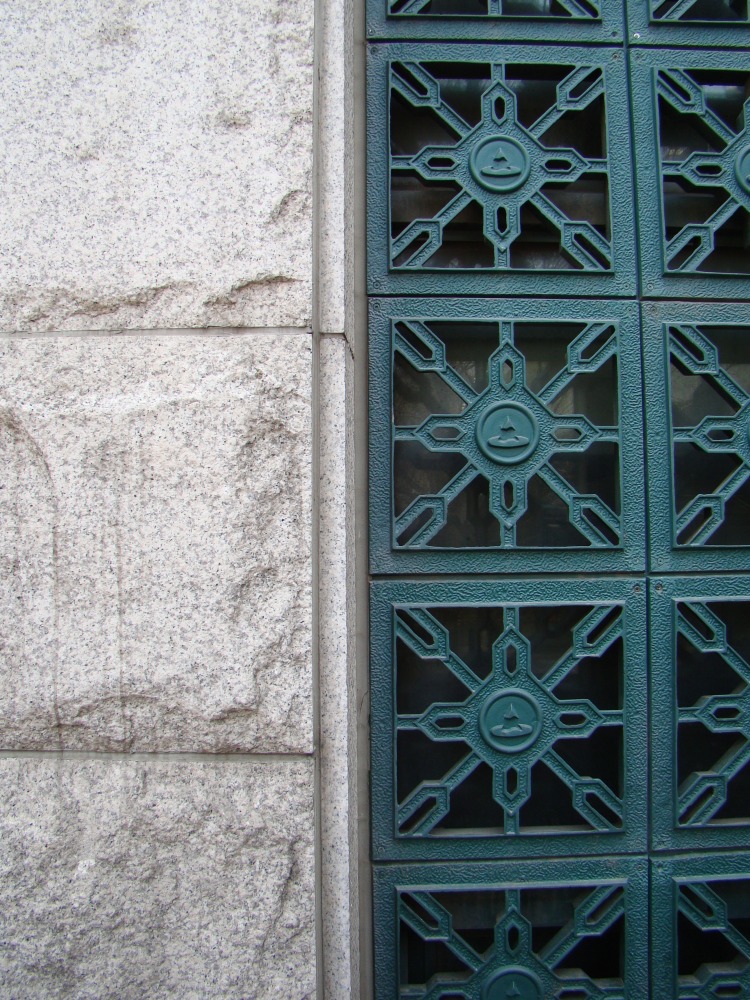 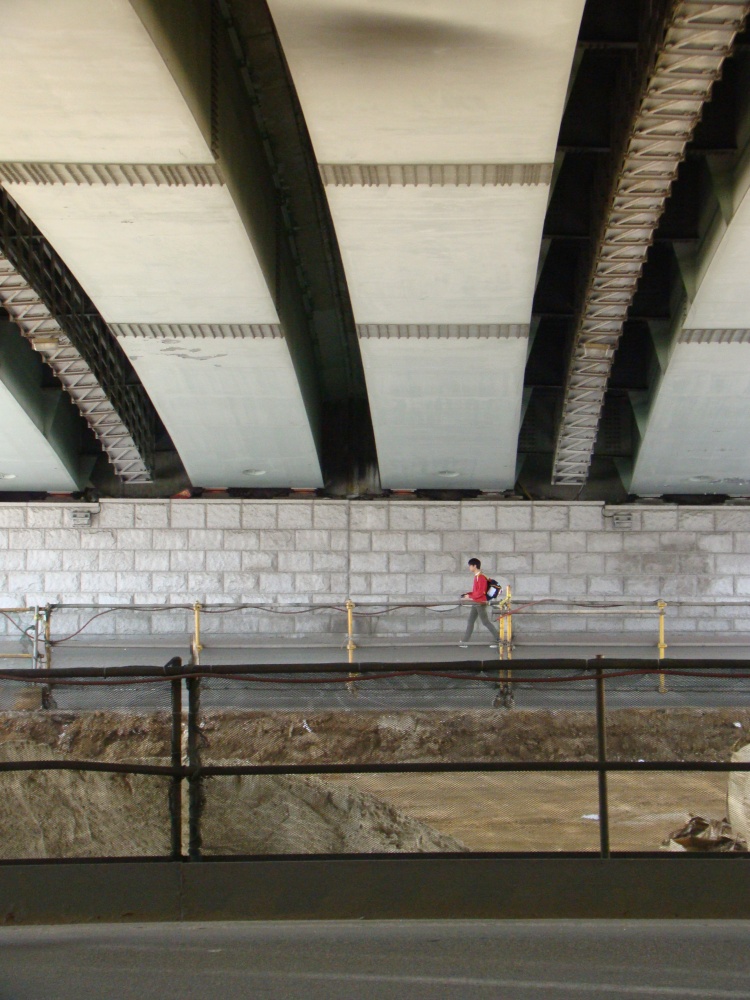 I don’t know what these kids were going to study, but every string on the bow is covered. I looked at a regular building once and counted over twenty of these small schools, with at least one on every floor of what looked like a twenty storey building. While English is the one you will hear mentioned from English written blogs here in Korea, this building also included maths, science, art, piano, as well as a whole number of other ones that catered for all subjects. There were also a few which dealt with adults, although these were specifically dealing with preparing people for professional qualifications.

In Yeongtong-dong, as with many other suburbs around the world, life is competitive and to beat the competition, you need to work harder. For many that means studying. However, despite this intense focus on education, people no longer feel the need to direct themselves towards finding a job with a big company as this career no longer presents the golden ticket it formerly did. The number of small independent businesses, especially coffee shops, points to the realisation that there is more to life than working as one of the 28,000 employees in the enormous Samsung factory on the outskirts of my neighbourhood. It’s a shame that this way of life isn’t as widespread as I wished it was, but I think things are changing around here gradually.

So this is where I live. It is a suburb. It is, in all intents and purposes, a very unexciting existence up on the twentieth floor. But, I walk to work every day and I can find everything I really need within walking distance, including the pub. It’s relatively stress free.  It keeps me away from spending too much money and trying too hard to be cool or someone I’m not if I go into Seoul. I like it this way…sometimes.

10 thoughts on “I Live in Yeongtong-dong”