Instead of being reminded by my regrets, I should be reminding myself by the way I wish to remember. It has been over two months since myself and the rest of my clan returned from our two month stint in Thailand. When we were there and after we returned we were sure that it was perhaps the best time we have spent together as a family. We gained a lot of confidence in ourselves as parents, learned a lot about our young daughter, and at the same time had a great time constantly exploring Chiang Mai. Up until the past week or two it has been almost a distant figment of my memory, and on most days it barely registers as something that we believe has marked our lives forever.

Granted when we left we knew that we had stayed our welcome and had to depart to the normality of home, work, bills, and of course Yeongtong. We did probably spend too much money, and believe it or not two months of sitting around not working can in fact get a little boring, even when you’re in Thailand. Of course we occupied ourselves but after Herself’s friend who came to visit during the month of February we saw the last few weeks as a wind down period before we headed back to Korea. And then disaster kicked in. 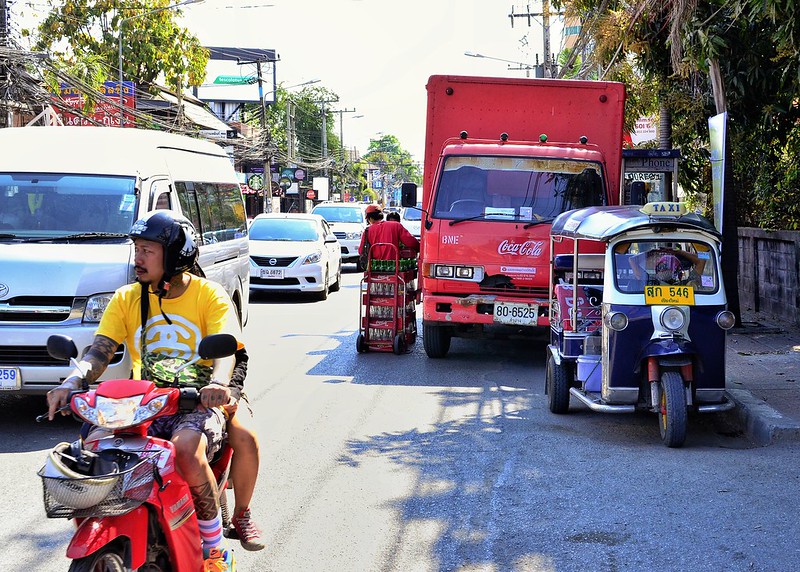 This is Chiang Mai

It was a disaster averted I can confidently assert now, but at the time it was my biggest challenge travelling anywhere. +1, our little angel, broke out in a really high fever. We treated her as best we knew, firstly with some paracetamol based medicine, then when a warm bath, and she seemed to be ok. However, later in the day her temperature sky-rocketed again, so we did the same but this time as we bathed her she turned blue and started shivering so much that she was practically shaking from left to right. We quickly threw some things in a bag and went to the Chiang Mai Ram hospital, which was fortunately nearby. +1 was diagnosed with pneumonia and was quickly admitted and then treated. Thanfully after a few days she was discharged along with a big box full of antibiotics to ensure the infection stayed away, and in case in her temperature rose again. It is probably this which shook us so much that allowed us to want to return home to Korea as quickly as we hoped. It was a scary moment, no doubt, but the fortunate no brainer of investing in travel insurance beforehand allowed us in the end to only worry about our child’s health, and not on the further widening of our travel purse strings.

Yet for that moment, which we all recovered from, we still turn to each other and kind of ask ourselves, ‘what about Thailand?’ 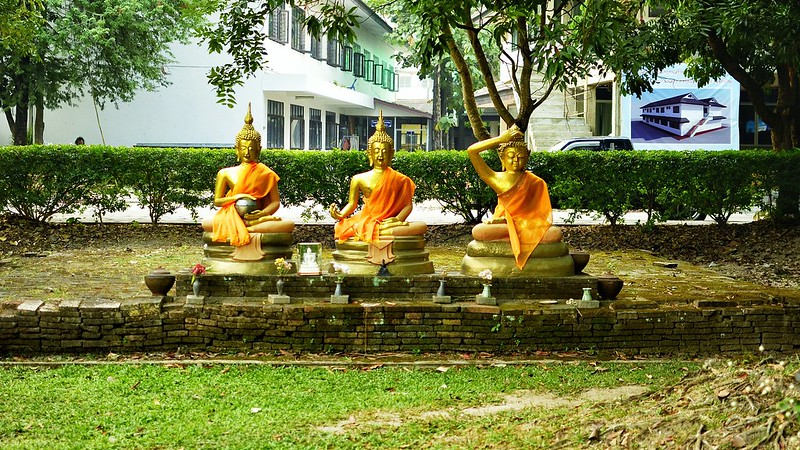 Staying in Chiang Mai together for a long period was something that myself and Herself had promised ourselves for years. Ever since we first were seeing each other and rendezvoused with a charge and jump into each others arms after the last flight from Bangkok touched down in Chiang Mai on day in mid-September, 2006. Herself knew Chiang Mai well and looks back on it fondly. She spent three months learning traditional Thai massage there the winter before. Her memories were still fresh and her enthusiasm to show her stomping grounds was fervent. We came back to Chiang Mai in 2012 briefly on a quick visit to Thailand and again had a blast (read about those adventures-ish here), although we skipped up to Pai and then down to Koh Chang as well to give out trip some needed variety. This time we spent the entire two months in Chiang Mai.

Perhaps though we are doing the reflecting thing wrong. We came back with huge suitcases after one of those awful night time flights which give you about four hours sleep and an early morning arrival in Seoul. This would possibly be easier if we weren’t hauling around our toddler who, as is always the case in these situations, is on a much different sleep pattern to the encumbered parents. We dumped our bags on arrival, pulled a few needed things out, then shoved the suitcases into the spare room and didn’t look back at them for another month at least. I went back to work the following Monday, while Herself struggled to fall back into the routine. Yes, routine, the death song of any wild aspiration. It was cold, the air was crappy, we needed to go to Homeplus, and we really looked forward to getting out to the east coast as soon as possible. At least we had a car though. 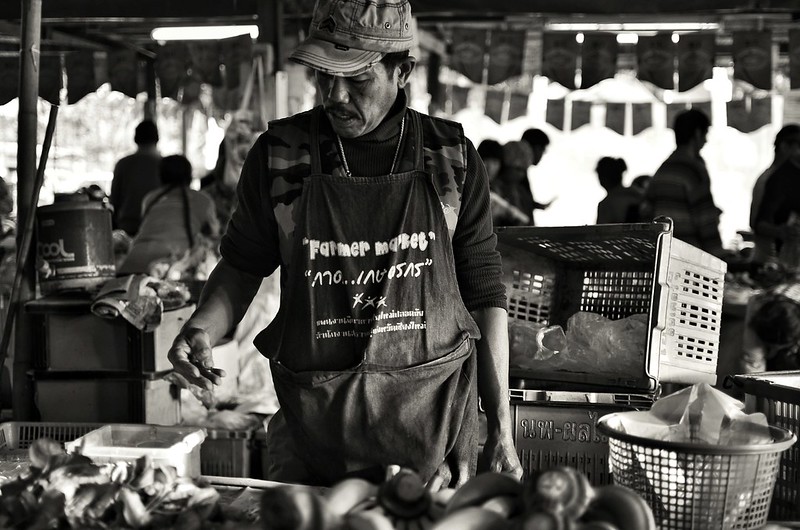 Many people use their holiday pictures to refresh their memories, and I suppose we could have done this. I can’t really, as I’ve uploaded them all to my ageing laptop which is now in my office in work. Constantly shutting down as it over-heats, I can’t even contemplate how or when I’ll get the chance to comb through the 30 or 40 gigabytes currently stored on it. I want to. I need to. In fact, we need to. It’s a classic case of information overload, taking so many pictures that you completely forget them. It’s not enough to say that I really enjoyed learning how I could use my camera, it’s time I actually pulled out all those images and did something special with them, other than plaster my flickr page with albums from markets, which is about the height of what I’ve done so far.

On my bookshelf next to my computer which I write from now there are six photographs of myself and Herself. Always these pictures look at us, and always they are smiling. There is one from our wedding party at home in Dunboyne, two from our actual wedding day, a picture from my masters graduation  (a qualification I earned with her welded tightly to my side it must be said), and three pictures from our forever memorable honeymoon in Turkey. This is how we should celebrate our events, not by posting albums and updates on the internet, but in front of the places we pass the most each day. I always try to print some photographs but rarely find a suitable place to see them. Perhaps what I should really be looking to do is not find better things to photograph, but to find more wall space, without which I might end up with no memories to really to celebrate.

Some previously uploaded photo albums from my two months in Thailand can be found here:

And if you click this link you can see all my albums from Korea, Thailand, Ireland, and more…