That’s a very moody sounding title for a blog post, isn’t it?

I’ll try to be brief. It’s pushing four months since I returned to Ireland after the long jaunt in Korea. There’s probably a lot to say about it but I’ve felt kind of pent up and not comfortable saying to much lately. I’m going to blame my circumstances in private but pretend everything is rosy on the outside. Despite this things are kind of rosy, as it is good to be back in Ireland, and while some things could be better there are plenty of people in this country suffering a lot more than I.

Maybe I’m just battling against the former cushy lifestyle that I had in Korea, and the familiarity of living in the same home for over three years – something myself and Herself hadn’t done since we left our family homes some years before. Living in Ireland is very different of course, and the costs are always one of the first places you feel this. Learning to adapt to deal with these costs is its own challenge. 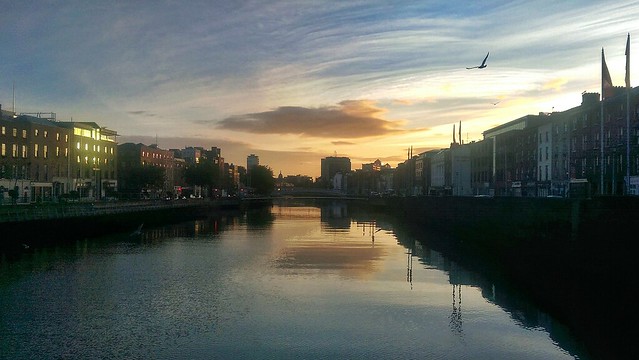 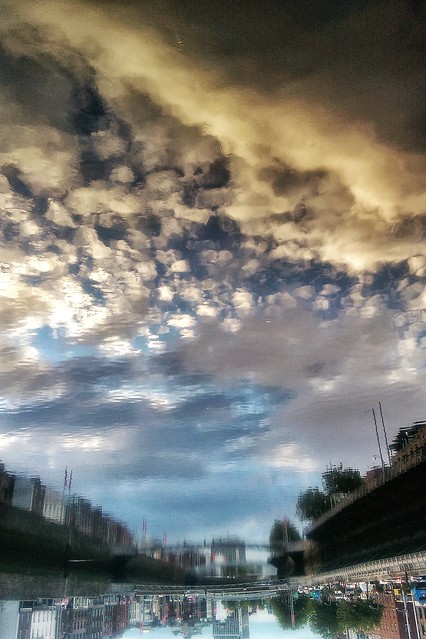 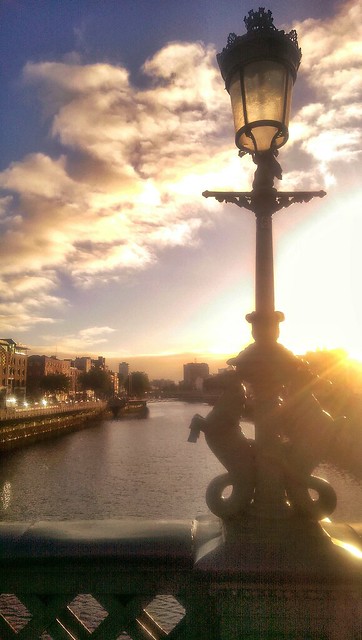 Before we lived off credit cards essentially, where they would function as bank cards most of the time, but now we live off hard cash. So if there’s no cash in the bank, or indeed the pocket, there is no longer the long finger to rely on. This is both an advantage and a disadvantage, but you’re likely to be an adult so you can work out the problems yourself. I can feel the restrictions but I’m kind of glad there we’re no longer juggling bank balances.

One of the biggest differences is where we live. Of course you’ll be familiar with the view from the twentieth floor, that spot from where our apartment looked out over Suwon and caught the sun reclining over haze and high-rise on so many evenings. The apartment wasn’t tiny by Korean standards but it certainly wasn’t large.

Compare it to where we live now. Our kitchen is almost as big, and certainly longer than our apartment, there are three bedrooms which are all much bigger. We have a separate sitting room, and a dining room a family could be comfortable residing in. But the real coup de grace is the garden, which is not only equipped with mature growth, a green house, walnut and fig trees, but it’s also massive. Of course I can’t be entirely happy – maintaining this space is a full time job in itself, or so it feels. 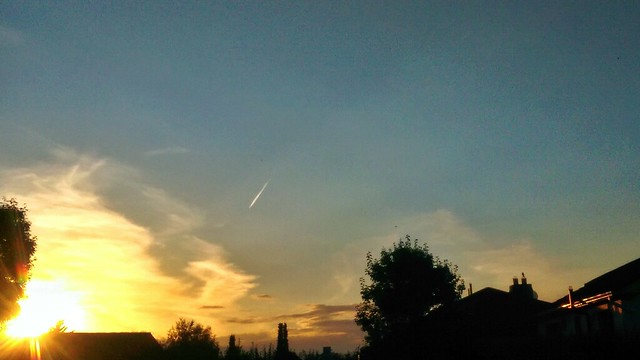 New skyline view from the garden

I should add that we were very fortunate to have this situation. The house is definitely not mine, it was my grandfather’s and after he passed away last year the house became vacant. Part of the reason we came back to Ireland so hurriedly – I suppose – was because we knew that we had this place to move into. Myself and Herself are grateful for the support of both our family’s, without whom this move would have been impossible. It is still a work in progress but at least there is some progress being made somewhere.

Some time back I decided to focus my career fully on education, or at least education related. This decision came after a lot of thought and frustration, but one penny that did drop told me that I had been working quite enjoyably in education since 2005, so why stop now? There are a number of reasons why I would stop, namely a lack of jobs and generally lower salaries, but a reason I’ll continue is that I’m kind of good at what I do I think, and I kind of love learning myself.

This focus has made the transition to Ireland easier I suppose, in that I don’t mind teaching English for a living and when we came back in the summer there was no shortage of quality teaching opportunities. This is less the case now, but if anything the lack of work is a strong impetuous to get me up of my arse and find a proper job. There’s plenty out there, but I suppose it’s just a question of finally connecting the hammer with the nail, a skill I have a tendency to lack I believe.

Regardless of that, having to work in the city centre has been something I’ve missed. I am espcecially fond of those pre-work walks across the river, through Temple Bar and from there beyond. There are tiny features and so many sounds that even if you listened you would miss the majority.There is bustle and a hush on seemingly always rain damp streets no more than a minute apart. I feel I almost recognise every face. Town is a remedy in itself where I can daydream my way through the streets and imagine something. 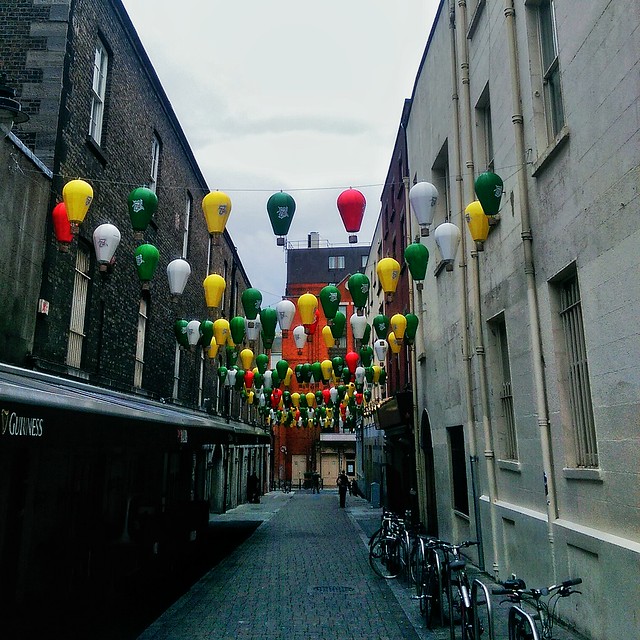 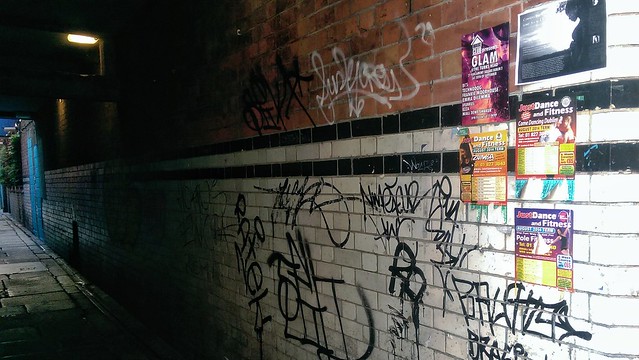 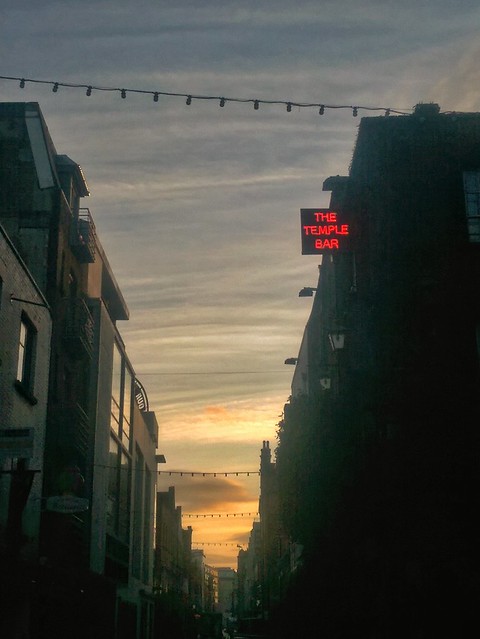 All that being said, if you’d like to offer me a job I’m more than willing to hear you out.

I had planned this post to be one where I wouldn’t rant on about my circumstances. I had imagined a later post in my life that would divy out the entire insipid unemployment fueled rant, but it seems that a genuine desire just to write something has countered any major veins of negativity. I’ve tried here to at least be honest while at the same time not bore you with melodramatics of a new life in my home country, as it has certainly been far from that. We’ve been enjoying it here, but it’s not without it’s occasional speed-bump. But we knew this was going to be the case so it’s hardly news.

I’m keen to get back blogging regularly. I miss the attention, the fun of finishing a draft, the nervous wait for the view count the rise, and the sudden vibration and tinkle on my phone as a comment or like comes through. But I’ve been a bit at a loss for things to say, which is a poor excuse for someone as loquacious as I.

If there’s anything you’d like to hear my waffle on about or if you’d like a topic analysed as only I can, or even photographs of a particular place or theme from Dublin please drop a comment in below. 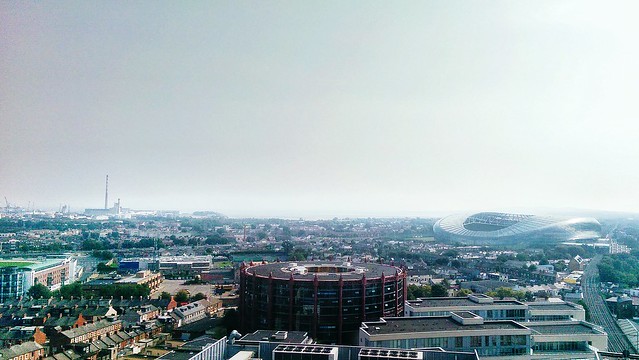 From the top of Google HQ in Dublin

The photographs in this post were all taken over the past couple of months in Dublin. These days I’ve ditched my old iPhone 4 and and am now touting a HTC One M8, which is very lovely indeed (maybe there’s an idea for a new blog post…)

2 thoughts on “People have the their own problems to worry about. You don’t need to hear about mine.”